Another full-on show today, with five sets of guests again – squeezing them all in before the Fringe finishes! Today was the final live recording, so the last set of photographs, though there will still be podcasts over the weekend with pre-recorded interviews (where shows are on at the same time as the show is recorded, obviously we have to make other arrangements!) and a best-of-the-fest final show.

It’s been fascinating to be involved in the podcast this year – in previous years I’ve been busy looking after the girls, and doing written show reviews once they’re back at school, but now they’re teenagers they’ve mostly still been asleep during the show 😛 I’ve really enjoyed it, and I’m looking forward to doing it again next year.

So the final show – guests today were: Carl Donnelly, The Nutter On The Bus; Elaine Dove, Sing In The City; Jon Ivay, Delorean; Chris Hislop and Chloe Mashiter, Adventurers Wanted; William Hanson and Diana Mather, Much Ado About Everything: The Ettiquette Show. As always, a selection of photos from today’s show are captioned below, with the full Fringe set of over a thousand photographs available to download for fair use under Creative Commons from my Flickr page (with a small separate album specifically for Will Seaward).

Massive thanks to all the guests we’ve had over the last three weeks, and to all the audience members who’ve found their way to the Gilded Balloon at the Rose Theatre. Thanks also to everyone listening by radio and online. Same time next year?

Elaine Dove from Sing in the City, unimpressed with the coffee 😛

Carl Donnelly, not fazed by microphones 🙂 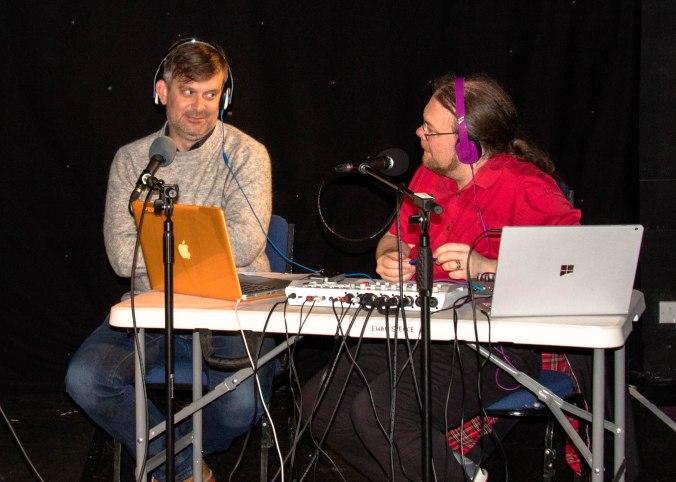 Jon’s face, though this expression is one Ewan’s pretty used to being on the receiving end of

Sorry Elaine, yet again apologising to a guest for Jon’s face 😛 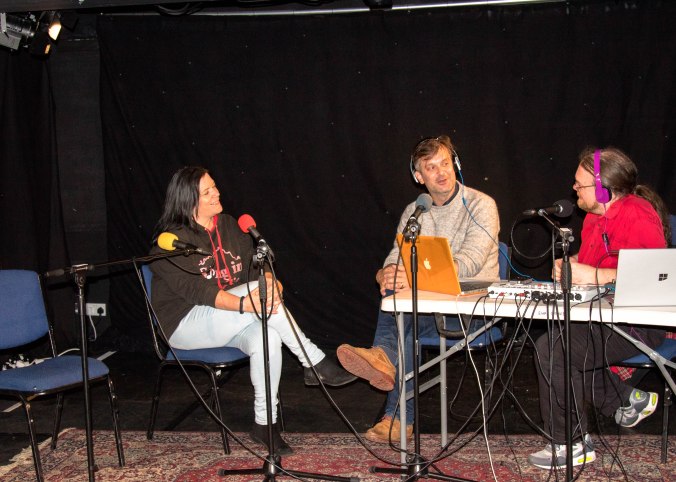 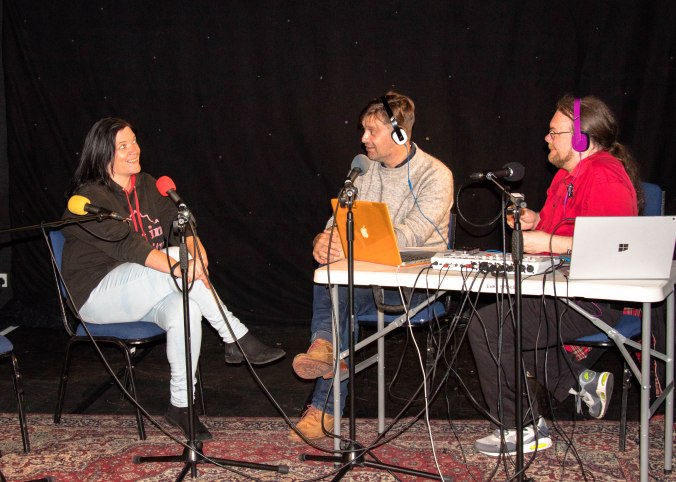 I felt under some pressure to take good pictures of Elaine, since I’m also in Sing in the City… 😉 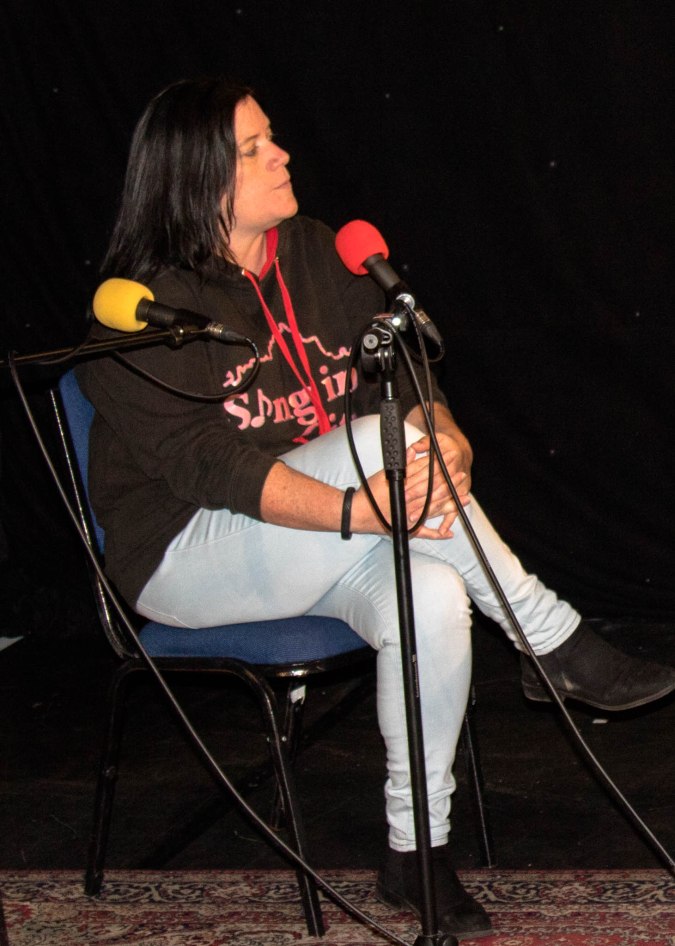 I like this one, though I’ve not been able to get a clear photo of the logo on her hoodie…

The Other Jon – Jon Ivey

We all learned a lot about why Delorean came to Belfast

Run out of comments again… 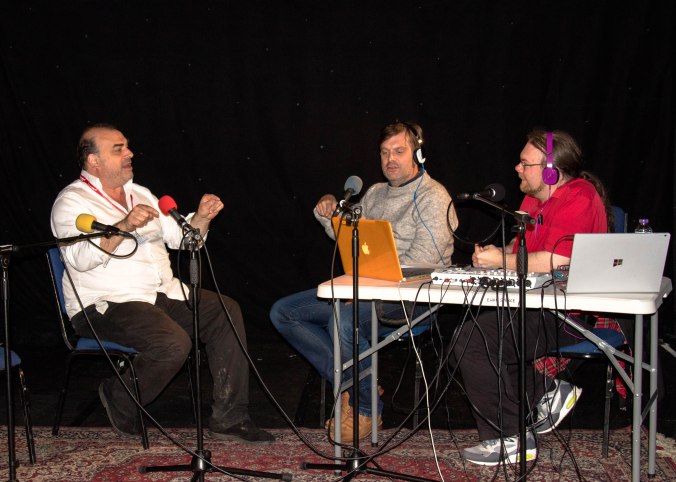 There’s only so much to be said about three people sitting on a stage I have a thousand other photos of!

Chris and Chloe, tabletop gamers. Jon has NO idea what that means! 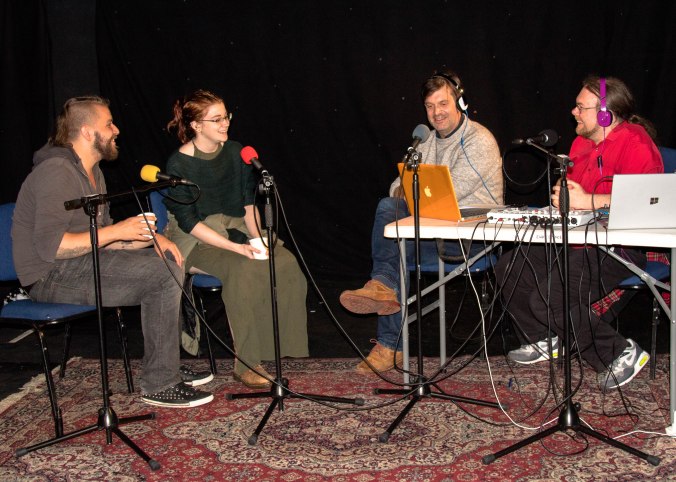 Chris and Chloe are undertaking 250 hours of gaming, and claim not to be tired… but that’s a LOT of coffee 😉

It’s all going over Jon’s head 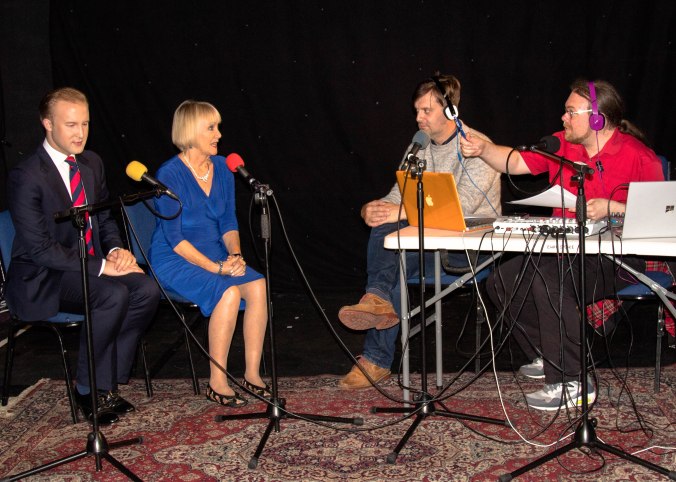 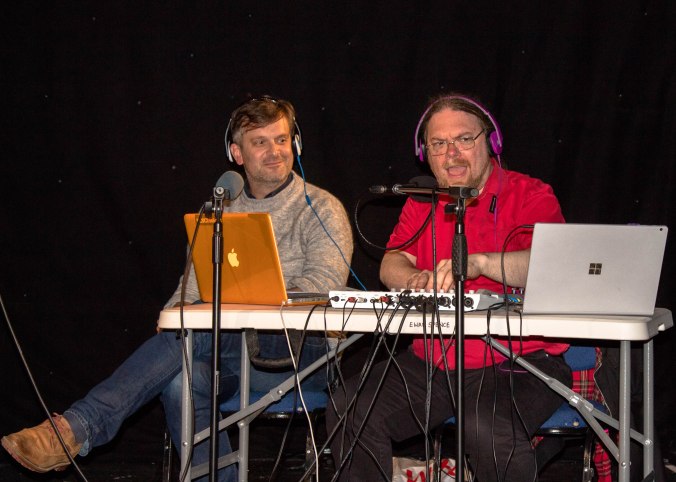